Thank you for taking the time to watch our most recent case study created for a consultant firm.

The process of creating this video

First, we took our client, DB&A, through a process of defining the goals for the video, who the speakers would be, and what elements would need to be emphasized

Next, we went through a process of creating questions, lists of key topics, ideas for cutaway footage, and more.  After we created the first draft of the script, we refined it with our client

Simultaneously we were planning shoot dates and coordinating with the host business.  This includes items like scheduling interview times, discussing potential locations to shoot interviews as well as beauty shots and b-roll.  Since this project involved a manufacturing plant, we discussed safety measures and their expectations for our processes when shooting video in the manufacturing environment.

This video was shot on-site in Wisconsin.  The entire shoot took approximately 6 hours.  This included 5 interviews and an extensive shoot of the facility.

The interviews were recorded on a green screen in a nice-sized meeting room.  Later in the day, we shot several potential backgrounds so that we could place our interviews in settings that reflected the context of the story.

We also offer virtual shoots.  For these virtual shoots, we have various ways of working with the interviewee to maximize the best potential.  Then we conduct the interview as we normally would by building rapport, asking questions, and striving to get the best energy and performance captured in the process.

After the production, we go through four phases of editing that keep our client’s team involved in the whole process.

Once the video is completed, we assist in getting the video deployed on our client’s distribution channels. 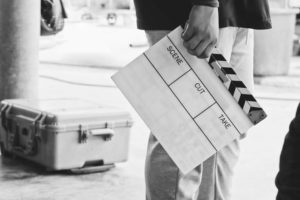 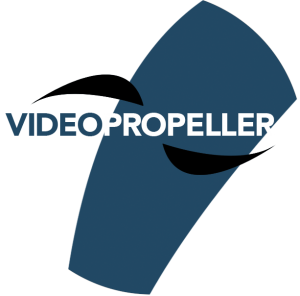 Video Propeller can help you create video content that will capture the interest, engage the emotions and build a meaningful trust with your clients.