A Musical Tribute to Nurses

The Making of a tribute

In January of 2021, we set out for Blue Rock Artist Ranch and Studio in Wimberly, TX to produce a music video for Susan Gibson.

Susan is a well-known singer songwriter with several hits such as “Wide Open Spaces” which was recorded by the Dixie Chicks.

The song is an awesome tribute to the frontline nurses who have sacrificed so much to serve us during the pandemic.  Billy Crockett produced and performed Compassionate Combat in late December of 2020 and Brent Tallent directed, shot and edited the video on January 9, 2021.

Initially, the song was distributed directly to over 100,000 nurses in the U.S. and then beyond.

We are very grateful for the opportunity to be part of a project that conveys such deep feelings for all of us. 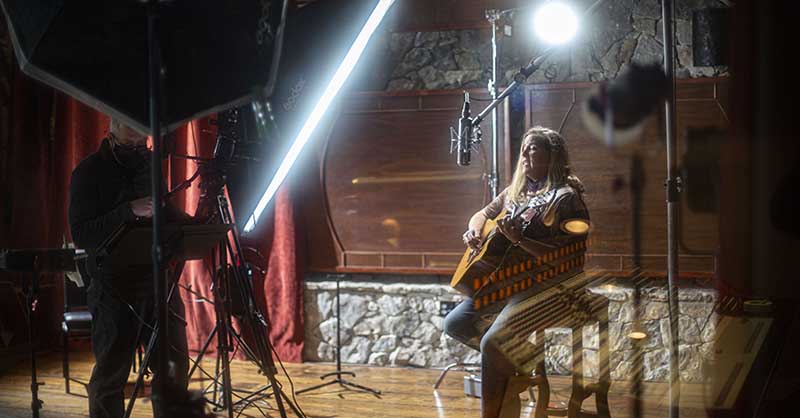 This video was recorded on January 9, 2021.  The pandemic levels were at an all time high and stories of patients in beds in the hospitals of hallways had become a normal occurrence.  And… it was snowing outside the window behind Dirje Childs (cellist) in Wimberly, Tx which made the scene go to an even higher emotional level.  We all sensed the rare moment and opportunity and tried to dig deep and say a sincere thank you to the frontline nurses.